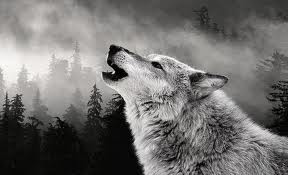 The following story is told about the young Ba’al Shem Tov, known then as Eliezer.

As a youth, Eliezer was considered too ignorant to be any use but walk younger children to school.  One day, as they walked through the forest, they were attacked by a terrible werewolf.  Eliezer got the children through the forest safely and then he returned to the forest.  He found the beast dying and, seeing its pain, he felt compassion.

As Eliezer knelt by the dying wolf, he saw that, from out of its mouth had come the very heart of the beast, and that it was still beating, albeit weakly.  Eliezer reached down and took the still beating heart in his hand.  That was when he realized that this wolf was more than a wolf, but the carrier of the very heart of the Deceiver himself, of Satan, the Fallen Angel.  Eliezer knew that in his hand he held the center of all the darkness in the world.  He knew also that all he had to do was squeeze hard and that Dark Heart could be destroyed and Sin removed from the hearts of men.

But as he held that Heart, and felt it beating, he looked deeply into it.  What he saw moved him terribly.  He saw that, mixed with the lies and secrets and silences commonly known as sin and that which masks sin, were the very real and poignant heartbreaks of life: fear, pain, desire, disappointment, and anger.  He knew, not from book-learning certainly, but from the evidence of his own struggles, his own beating heart, and his prophetic closeness to God, that if he destroyed this Dark Heart, the fullness of the human experience, the magnificence of our struggle, and the very path of reconciliation with one another and with God, all this would also be disappeared from the earth.

Eliezer did not kill the Heart.  Instead, he rescued it, burying it safely deep in the earth.

Eliezer knew that the Dark Heart was both and at once that which tears us apart from one another and what binds us together as truly human.  Between those two outcomes are decisions:  to choose love instead of hate; forgiveness over revenge; a good life filled with compassion over a resentful life filled with bitterness.  This teaches us that those of us who have cast our lot together in families and friendships, neighborhoods, communities, temples, villages, and cities obligate ourselves to the following:

This wisdom is repeated all around us.  I am reminded of the first episode of Upstairs Downstairs, in which the new parlor maid, Sarah, is caught by the other servants telling lies and stealing a chicken.   She could be fired and turned over the police.  Her life and prospects for a future would be over.  Instead, the other servants in their compassion simply ask her to agree to the simple facts of her crimes.   As Sarah becomes more and more dismayed by what she has done and why, the wise butler leans over and says in his deep, gentle voice, “You’re human, that’s all.”

May we all be this voice for one another.

Holy Moriah is About

About Rabbi Dawn Rose and this site